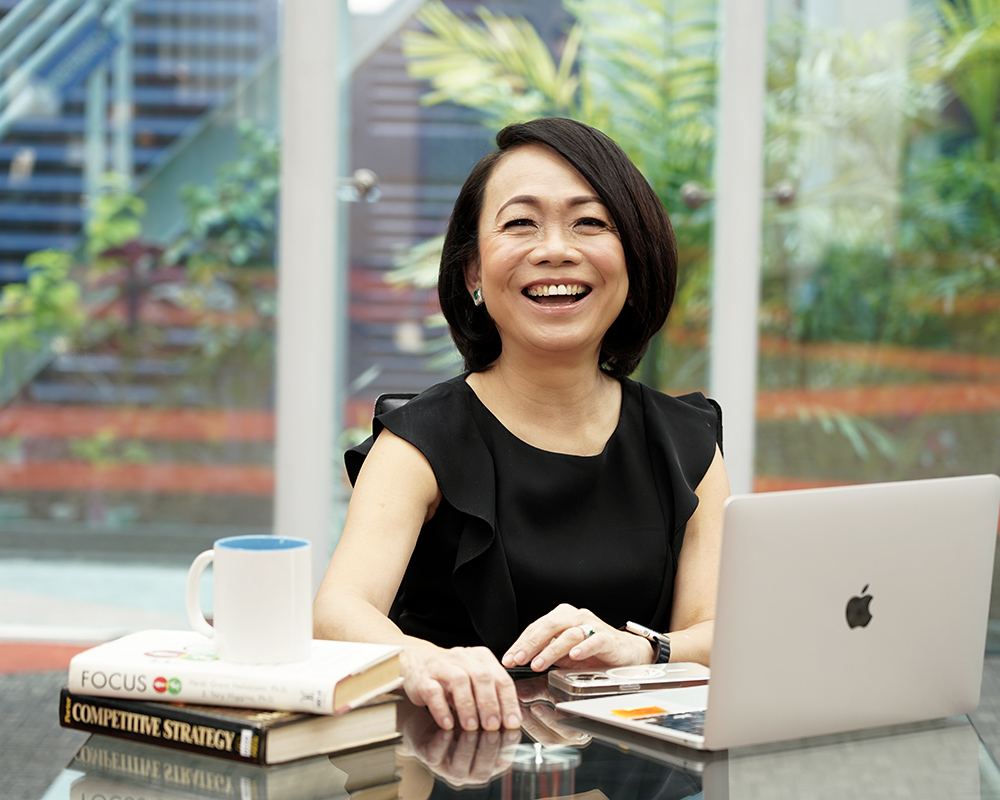 RIZALINA G. MANTARING was the CEO of Sun Life Financial Philippines until her retirement in June 2018, after which she assumed the chairmanship of Sun Life Financial Philippine Holding Co. until she stepped down in August 2019. She started her career in Information Technology, joining Sun Life in 1992 as Senior Manager for Asia Pacific of its Information Systems Department and progressively took on a variety of roles until she was appointed Chief Operations Officer for Asia in 2008. She is an Independent Director of Ayala Corporation Inc., Ayala Land, Inc., First Philippine Holdings Corporation Inc., Universal Robina Corp. Inc., East Asia Computer Center Inc. and MicroVentures Foundation. She is also a director of Sun Life Grepa Financial Inc. Among her other affiliations are as Board of Trustees of Makati Business Club, Philippine Business for Education, Parish-Pastoral Council for Responsible Voting, and Operation Smile Philippines. She was also President of the Management Association of the Philippines and the Philippine Life Insurance Association. A recipient of the Asia Talent Management Award in the Asia Business Leaders Award organized by the global business news network Consumer News and Business Channel, she has also been recognized by the International Association of Business Communicators (Philippines) with the CEO Excel award, and was named by Moneysense Magazine as one of the 12 Most Influential in Personal Finance. She was selected as one of the 100 Most Outstanding Alumni of the past century by the University of the Philippines College of Engineering and received the PAX award, the highest award given to outstanding alumnae, in 2019 from St. Scholastica’s College Manila. She holds a BS Electrical Engineering degree from the University of the Philippines where she graduated with honors. She obtained her MS degree in Computer Science from the State University of New York at Albany. She is also a Fellow, Life Management Institute (with distinction) and Associate, Customer Service (with honors) of the Life Office Management Association. She was elected as Independent Director of the Company on April 12, 2019. She attended the Annual Corporate Governance Seminar conducted by SEC-accredited training provider Center for Global Best Practices in October 2021.