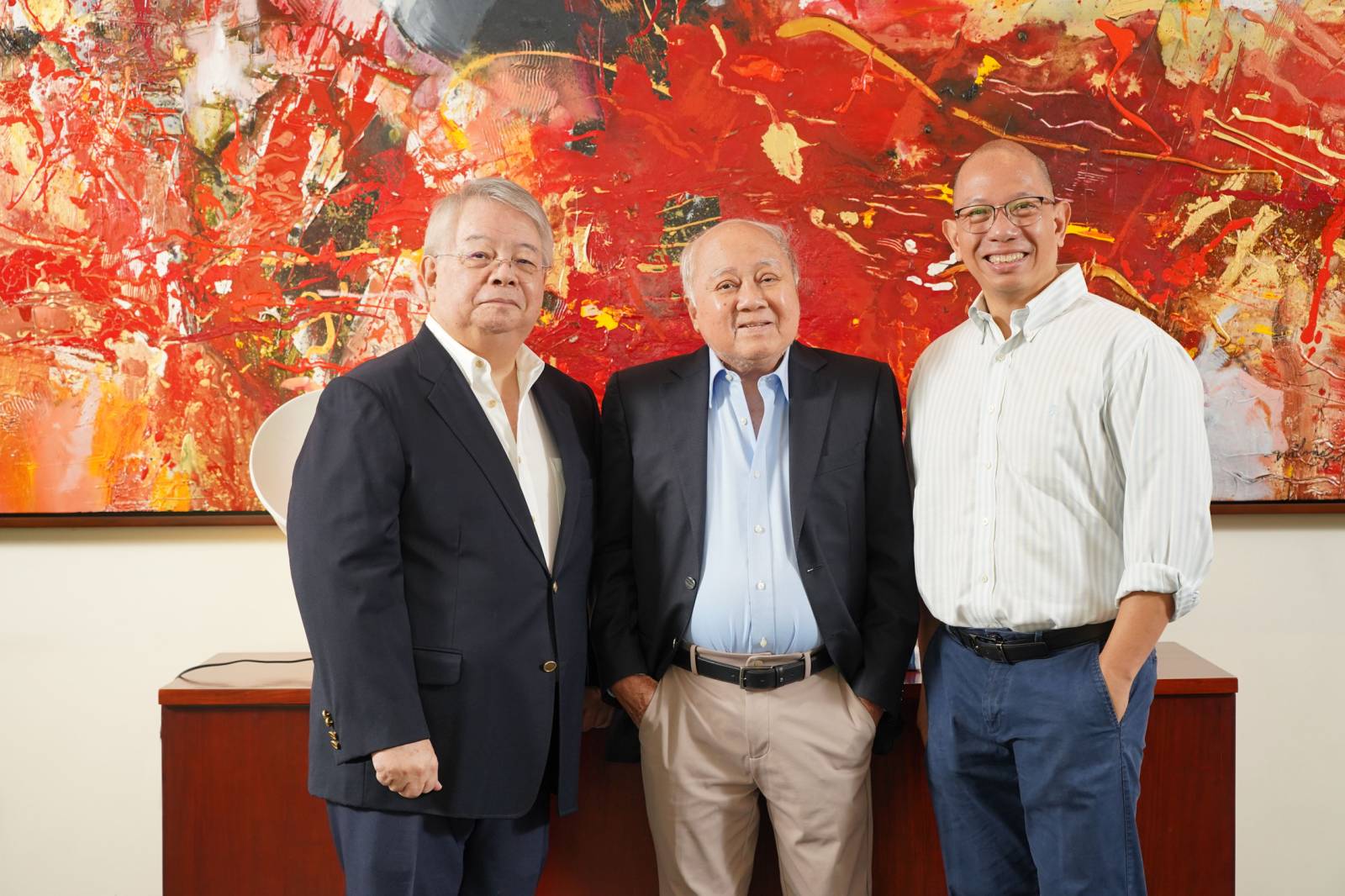 Manila, Philippines. October 27, 2022 – PHINMA Corporation, a proudly-Filipino conglomerate with businesses in education, construction materials, property development, and hospitality, is leveraging its growth to fuel the company’s post-pandemic business plans and solidify its commitment to make lives better under the management of its refreshed set of leaders.

Mr. Oscar J. Hilado, who has led PHINMA Corp as Chairman of the board since 2003, stepped down earlier this year and will stay as the company’s Chairman Emeritus. Mr. Ramon R. del Rosario Jr., previously the company’s President and CEO, is now the Chairman and CEO of PHINMA Corp. Replacing del Rosario as President is Dr. Chito B. Salazar, who will concurrently serve as COO and Head of Education.

“PHINMA has always aimed to find the gaps in our society–here in the Philippines and elsewhere–where we can help. The current landscape has given us the opportunity to spot these gaps more quickly and has obliged us to respond more quickly as well. We pursue our mission of ‘making lives better’ with ever-growing fervor,” del Rosario said.

Last September, PHINMA Education welcomed over 124,000 students across nine schools in the Philippines and one in Indonesia for the school year 2022-2023. Around 60 percent of the student population benefits from its Hawak Kamay Scholarship (HK) program, which reduces tuition fees by as much as 75 percent based on the student’s capacity to pay. PHINMA Education boasts a 75% licensure exam passing rate for first-time takers and 71% of its students are employed within a year of graduation. Since 2004, its network of schools has produced 27,000 licensed professionals, 122 of them topping their board exams. To note, six topnotchers of the May 2022 Nurse Licensure Exam (NLE) graduated from PHINMA University of Pangasinan, and the university was also recognized as the second best performing school in the country. In August, 38 graduates of PHINMA Cagayan de Oro College and PHINMA University of Pangasinan passed the mechanical engineering licensure exams. In September, both universities had 100% passing rates for first-time takers of the electrical engineering licensure exam.

Backed by its growth as well as the country’s slow return to normalcy, the Group’s new leaders are eager to roll out its post-pandemic plans, which include expanding its business units and bringing PHINMA’s legacy and commitment to make lives better to greater heights.

“PHINMA banks on its 66 years of mission-driven businesses in treading new terrain and facing new challenges. We draw from experience as we answer the call to make business a force for doing good,” said Salazar.

Driven by its mission of making lives better through education, PHINMA Education seeks to leverage its strong growth in enrollment and expand its reach in delivering high-quality education to underserved youth through its current network as well as further acquisitions. This growth is envisioned to happen not only in the country but also by reaching Southeast Asian markets with similar demographics to the Philippines, such as Indonesia.

PHINMA CMG looks to develop its growth markets amid an encouraging outlook for public infrastructure and residential construction activities. As the Philippine economy slowly recovers from the pandemic disruptions, the construction arm of the Group has capitalized on strategic partnerships, operational efficiencies, and margin optimization initiatives. CMG strengthened its offering of its own locally manufactured cement mix, polyurethane panels (PU), and light steel frames. UGC’s premium quality PU panels are used for walls, partitions and ceiling of cold storage, food processing facilities, and other controlled temperature rooms to help offset costs that were affected by higher commodity prices.

PHINMA Hospitality has begun to benefit from the return of leisure travelers and the resumption of MICE activities (i.e., meetings, incentives, conferences, and exhibitions). In order to capitalize on the hospitality industry’s expected recovery, PHINMA Corp. approved an investment of up to  P50 million in the expansion of the Hospitality group’s flagship hotel, Microtel by Wyndham in the Mall of Asia Complex, earlier this year. The company also targets to expand in more areas with growing demand.

This year, PHINMA Properties will launch horizontal projects in emerging cities outside central business districts in order to capture shifts in demand trends driven by the pandemic. The company is also expanding into mixed-use developments, such as townships in Western Visayas and other emerging regions. The company launched Metrotowne, a medium-rise condominium in Las Piñas, Uniplace, a residential and dormitory development located at the Southwestern University Village in Cebu City,  and PHINMA Maayo San Jose, a 9.5-hectare horizontal development in Batangas. Recently, PHINMA Properties bagged the Best Housing Development  in the Philippines award for PHINMA Maayo San Jose at the 10th PropertyGuru Philippines Property Awards and received commendations from Lamudi’s The Outlook 2022 – a fitting tribute to its long history of building safe and secure communities for Filipino families. PHINMA Corporation also affirmed its belief in PHINMA Properties by approving an investment of up to P420 million for the development of a township division.

“I have full confidence in Ramon and Chito that they will lead PHINMA towards the realization of our goal of making the essentials to a dignified life more accessible to more families. PHINMA has weathered many crises in its 66 years of existence, and it has always come out stronger and wiser. I am sure this time will be no different,” said Hilado.

BACK TO NEWS AND ARTICLES | READ NEXT